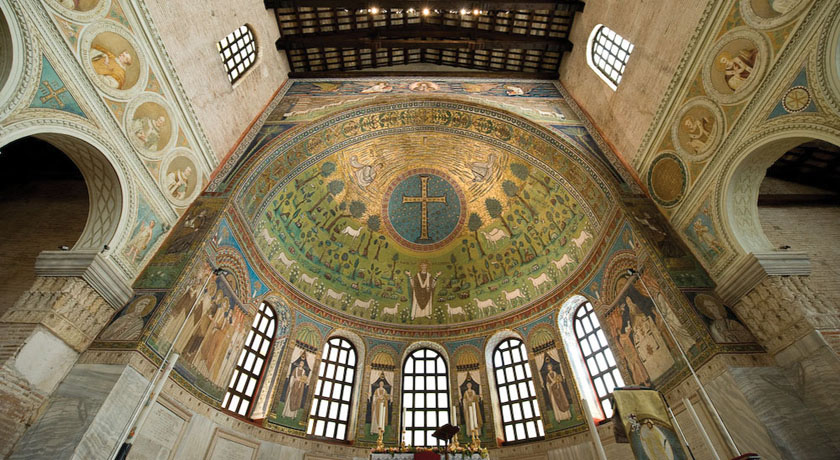 Did you know that Ravenna was three times capital during the Western Roman Empire (402-476), during the reign of the Ostrogoths (493-553) and during the Byzantine Exarchate (568-751)? This meant that different styles and cultures diverged in one city, making it unique in the world.

This package includes accommodation as well as a visit to Ravenna’s Monuments (excluding the Basilica di Classe).

Calculate your budget without obligation and choose the holiday packages that are most suitable for your needs.

During the visit to the monuments at the old town, you may add a tasting menu with local products that can be enjoyed at Osteria Passatelli1962 tavern. The menu includes a cutting board consisting of meats, cheeses and flatbread, wine and water. Price per person: € 12,00. The tasting menu may be added during the online booking or simply by making a request directly to the Hotel.

What can you see for two days in Ravenna?

In 1996, UNESCO recognized 8 Early Christian monuments of the 5th and 6th century as world heritage:

The ancient Roman port of Classe shines once again! Come and visit it with our 3 € reduced-price ticket instead of 5 €! The partnership between Mosaico Hotel and Ravenna Antica Foundation allows you to visit the Domus of Stone Carpets, the Mosaic Museum (Tamo) as well as Rasponi Crypt and the Roof gardens! It is a unique opportunity for visiting jewels that are appreciated by everyone!